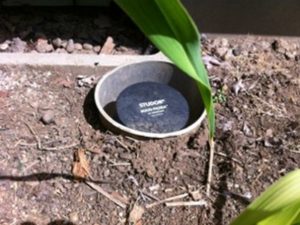 We reduced air leakage and thermal bridges by replacing our through-roof plumbing waste piping vent system with a combination of air admittance valves (AAV) and a two-way, filtered outdoor valve. Oregon’s plumbing code recognized AAVs, but restricted their use to 3 per house and required one through-roof vent. On appeal, the City of Portland allowed us to install AAVs according to manufacturer’s guidelines so we could eliminate all through-roof vents, using the “alternate materials and methods” provision through its Alternative Technology Advisory Committee (ATAC) process.

We obtained approval of our plumbing vent system as an alternative material by showing the ATAC that it was safe and environmentally superior. There were two steps in the process. First, the ATAC committee heard our testimony, reviewed our evidence, and recommended to the Portland Building Department that our technology be approved.  Second, the building official granted our appeal and permitted us to install our AAV/Maxi-Filtra venting system.  The entire approval process took just over two months. We submitted our written application and the required $150 fee to the ATAC. Within a month ATAC held a hearing on our application and allowed our in-person testimony. Within two weeks, ATAC recommended approval of our system, and and posted the written recommendation on its website. We then submitted a building code appeal and the required $100 fee, and within one week, the City of Portland informed us that our appeal was granted and posted the appeal summary on its website.

Air Admittance Valves (AAV) are one-way air valves installed beneath a drain that allow needed make-up air to flow into the wastewater plumbing to prevent sewer gases escaping into the building. By using a combination of Studor/IPS AAVs and its “Maxi-Filtra” 2-way charcoal-filtered air vent in lieu of an exterior sewer clean out cap, we eliminated all wastewater plumbing vent pipes. The Maxi-Filtra is a two-way air valve located outside the house with an activated charcoal filter which allows positive pressure in the sanitary sewer system to escape to the atmosphere without odor. At the time we built our home in 1998 it exceeded building energy requirements. However, by 2009, we had awakened to the threat of global warming and knew we should futurefit (remodel for the future) our home to the Passive House Standard, a super-insulated design strategy imported from Germany. Although our home was relatively air-tight (about 3.5 ACH), we knew we would need to be much tighter to meet the Standard (0.6 ACH). In addition to reducing air leaks, we needed to minimize or eliminate uninsulated or under-insulated assemblies in the thermal enclosure (i.e. thermal defects).  Air Admittance valves are just one of many strategies, and four code innovations we’ve used to futurefit our home.  See also Refrigerant Heat Pump Water Heater, Highest-efficient HRV without UL LIsting, and Kitchen Exhaust by Continuous Ventilation.

In conventional homes, through-roof vents provide make-up air for the waste side of the plumbing system, but they also allow cold winter outdoor air to sink down the vent pipes (usually uninsulated) into the house. This is a huge thermal defect! Also vent pipes run through holes in top plates which are hard to airseal, resulting in more air leakage and heat loss. Air admittance valves (AAV) perform the same function as vents by allowing make-up air into the waste piping without the energy penalties of through-roof piping. One AAV can provide the make-up air for the drains of more than one fixture, e.g. one AAV can serve all the fixtures in a bathroom.

The Oregon Plumbing Specialty Code requires vent pipes which extend and terminate vertically above the roof. However, in 2007, Studor, Inc., the world’s largest manufacturer of AAVs, requested a ruling to allow AAVs in Oregon homes. In 2007, the Oregon Building Codes Division issued Ruling No. 07-1 which approved air admittance valves, subject to a number of limits and restrictions. Yet these limits were inconsistent with Studor’s installation guidelines and made use of AAVs practically impossible. For example, the Ruling limited each AAV to serving only one plumbing fixture and the total number of AAVs to three per house. A single bathroom could use the entire allocation. Also, Oregon retained the requirement of one through-roof vent.  Portland’s approval through ATAC eliminated these limits and the through-roof requirement.

The manufacturer’s representative was helpful in educating me about waste water systems. I learned that even though AAVs allow make-up air into the waste water pipes, by themselves, they do not provide ventilation needed for “positive pressure” that can occur within homes connected to municipal sewer systems which could cause sewer gases to flow up into a home. Fortunately, the manufacturer of the AAVs makes another valve that prevents this positive pressure from building up within a home. The “Maxi-Filtra” is a simple “two-way” valve which allows air to flow into or out of the end of a pipe in the waste water system, designed to cap the outdoor clean-out access pipe that most building codes require between the house and the lateral pipe to the sewer mains in the right-of-way. It contains an activated charcoal filter to scrub the odor from any air that escapes, Even though it is installed outside where any odors would be diluted, the manufacturer recommends you locate it away from operable windows or doors, which we did and we’ve never smelled any odor in the area. City of Portland staff and volunteer committees like ATAC were helpful and allowed us to install  “Maxi-Filtra” according to manufacturer’s guidelines through the same alternative materials & methods process described above. ATAC did not require a new application when we discovered that we needed to install the Maxi-Filtra along with the AAVs but simply accepted our amendment.

We worked closely with our general contractor, plumbing subcontractor, and the manufacturer’s representatives to design and install our system. I removed disconnected vent piping in our attic, patched the holes in our top plates, and helped our roofer patch the unneeded holes in our roof. Thanks in part to Portland’s accessible ATAC process, we reduced our air leakage from above 5 ACH (at 50 Pa depressurization) to approximately 0.8 ACH, and we hope that additional airsealing will reduce leakage below the Passivhaus Institut’s Passive House Standard of 0.6 ACH. We already meet the Passivhaus Institute’s slightly-relaxed EnerPHit Standard airtightness standard of 1.0 ACH for retrofitted buildings.

Plumbing a building without through-roof vent pipes is safer for workers because there is less work on the roof.  It facilitates roof-top solar installation and minimizes potential roof leaks to increase building durability. Occupants enjoy superior indoor air quality, comfort, and energy efficiency by eliminating air leakage and heat loss from through-roof vents. The absence of roof jacks improves appearance. Further, AAVs eliminate roughly ½ of the plastic piping in a conventional waste plumbing system, reducing the environmental damage from the manufacture, transportation, installation, and disposal of plastic piping and solvent-based glues. And our plumber believes plumbing a new home with this system instead of through-roof vents will substantially reduce material and labor costs compared with conventional, through-roof vent system. Our plumber’s cost to install the AAVs and Maxi-Filtra was less than $150. The cost for each AAV was approximately $30, and the Maxi-Filtra was approximately $50.

Three years after installing the Maxi-Filtra, we still could not detect the odor of sewer gases near the Maxi-Filtra, but we changed the activated charcoal filter anyway in order to ensure the filter had sufficient porosity to allow air flow.